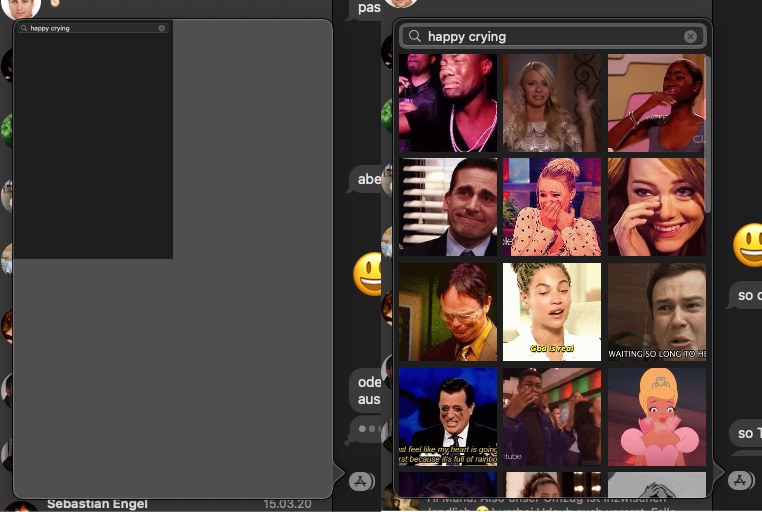 Today in “native apps excellence”: Messages.app with some amazing responsive web behavior. (The screenshot on the right is for reference, that’s what it’s supposed to look like.) Happens every other day for me, I suppose it’s not getting the memo about retina resolution quick enough or something related to that?

I really can’t believe how Messages.app is still so ridiculously bad. These are all from within one year, after the great rewrite of the macOS version. And we didn’t even publish everything that’s bad about it, because some things are so hard to capture. Most of all, it is so damn slow all the time. I often send ":D" instead of “😃” because I hit the enter key faster than the text replacement happens. Philipp regularly sends me all kinds of broken texts for the same reason.

Seriously, what is going on there? How can it be that the richest company on the planet is unable to maintain at least some semblance of quality in one of their flagship apps, in one of the strongest lock-in components in their entire portfolio? There is no end of articles about how important the blue bubbles are. I used to be elated when my contacts used iMessage, these days I dread it. Encryption issues aside, how is it possible that Telegram has better UI/UX in every conceivable way than iMessage?