Okay, this is actually kinda hilarious. Apparently every instance of “message preview of chat with contact X” is replaced with “typing indicator” when contact X is typing, not just the one in your main messages list.

So when you search through your messages with one specific contact, and therefore have a list of “message preview of chat with contact X” instances on screen and they then start typing, this is what you get.

You know, Twitter, just because you show me your garbage twice (despite me telling you to show it less often every single time) doesn’t make me more likely to click on it. How desperate for more engagement can you be, come on.

(This is not something I created somehow, there was no ad or anything in-between that I hid first – this is how the app opened for me that day.) 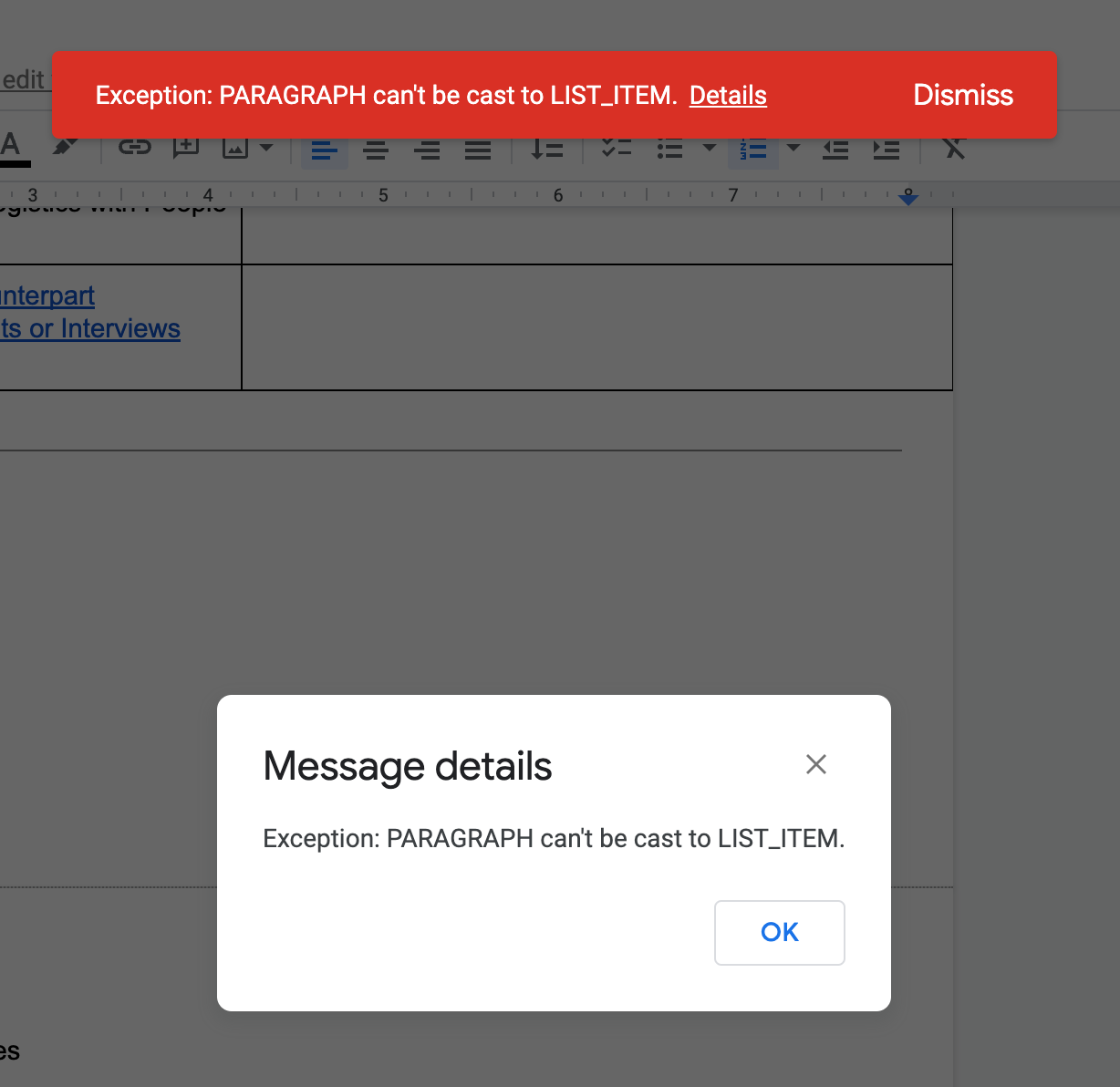 The popup on the bottom is what you get when clicking “Details” in the error message above. Thanks for nothing. 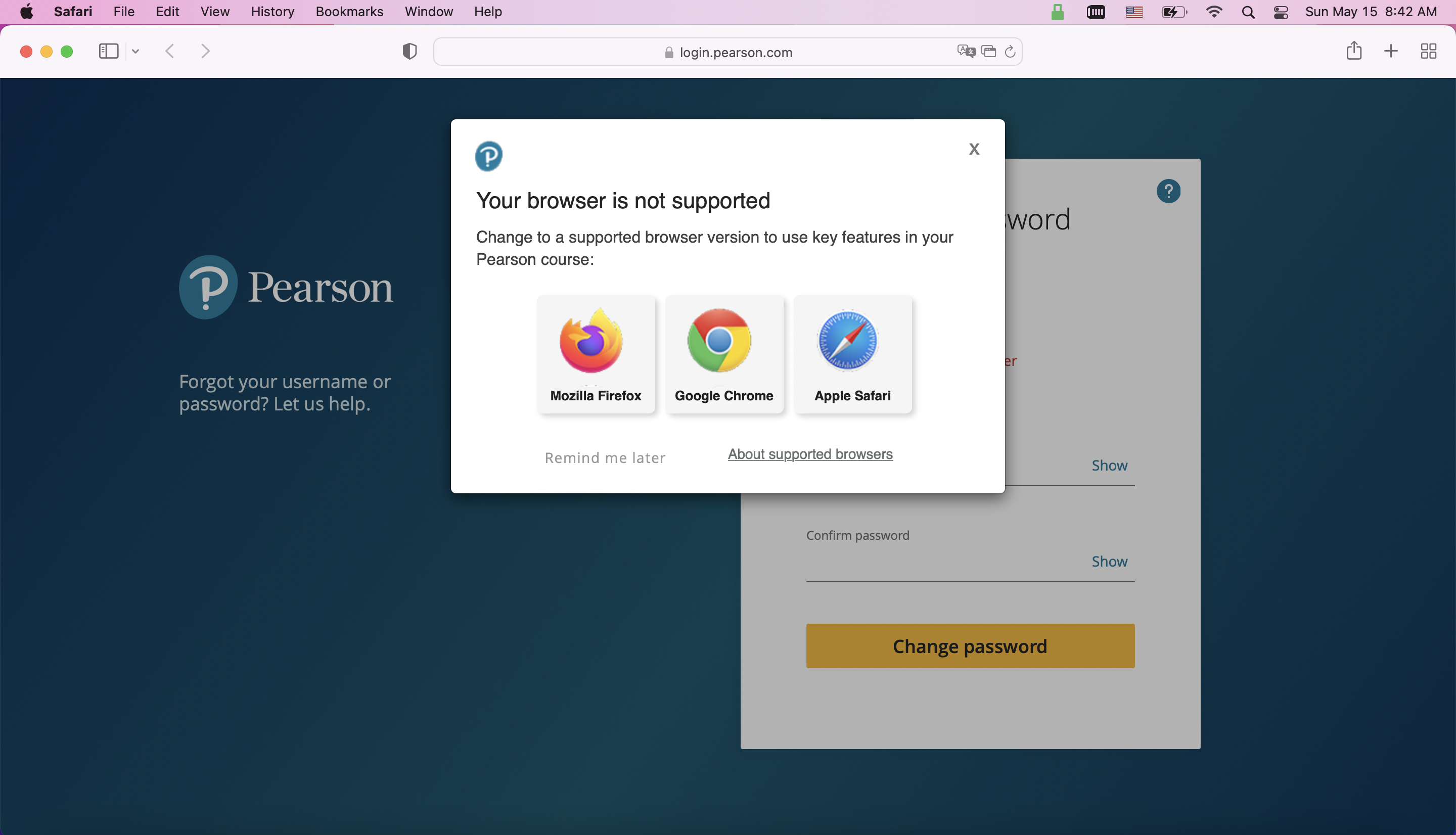 Yea, about that user agent parsing…

Thanks Fuchen for the submission. 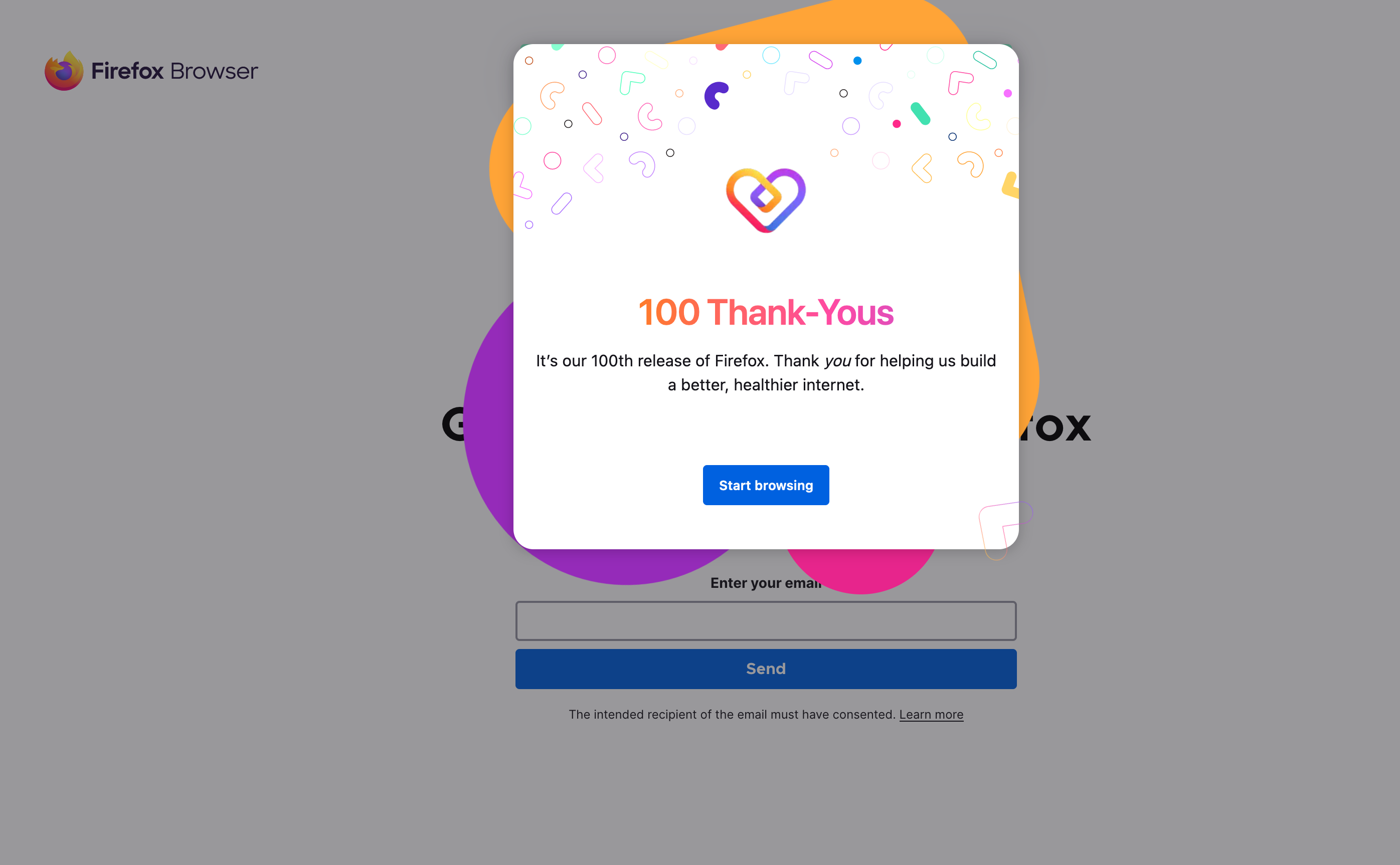 I like Firefox and what they stand for but these marketing popups always show up at the wrong time (Browser crashed, opening browser after a long time to quickly test something,…). 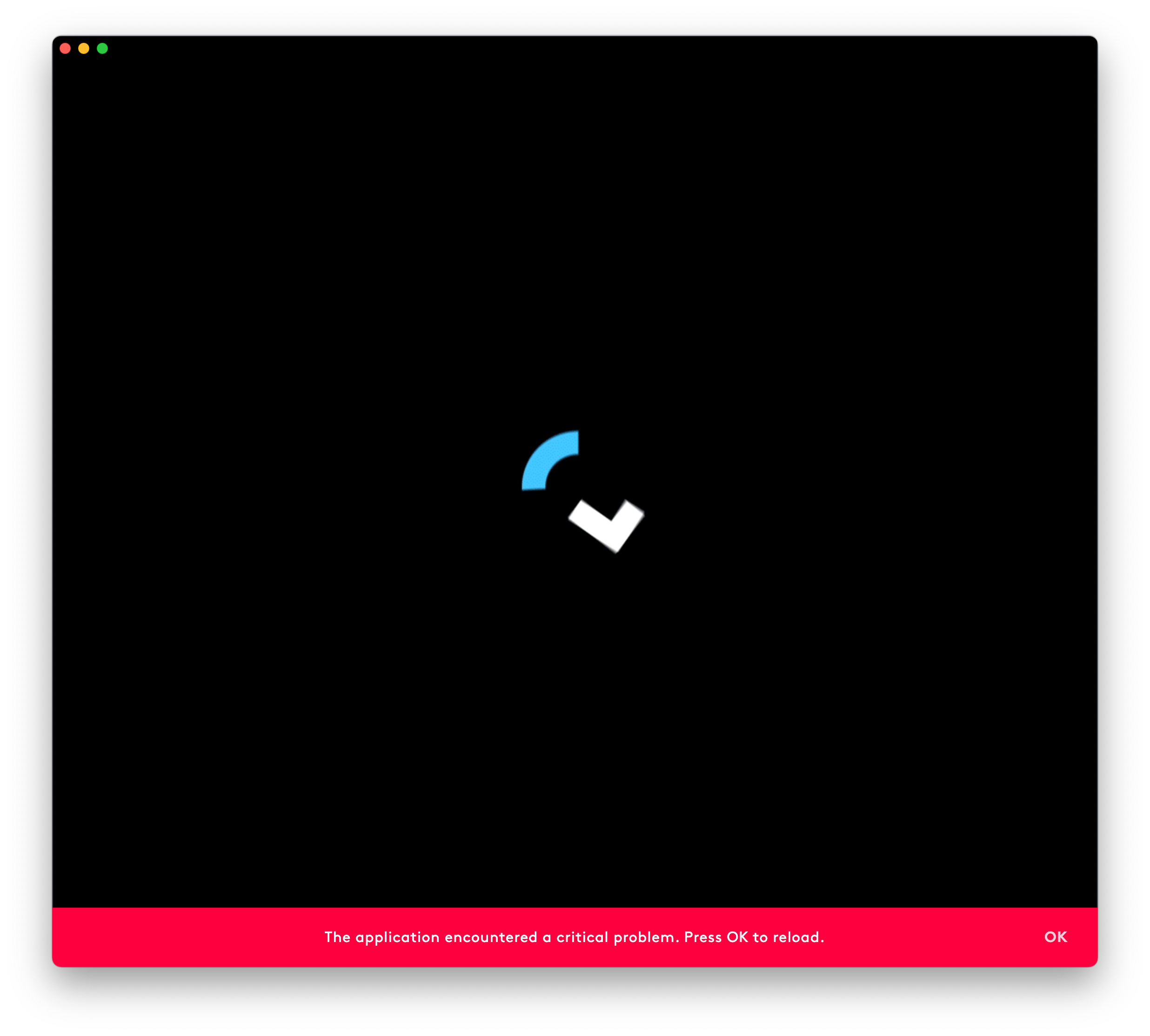 On top of being the worst piece of software I have currently installed it’s also not very smart. Why not reload yourself? 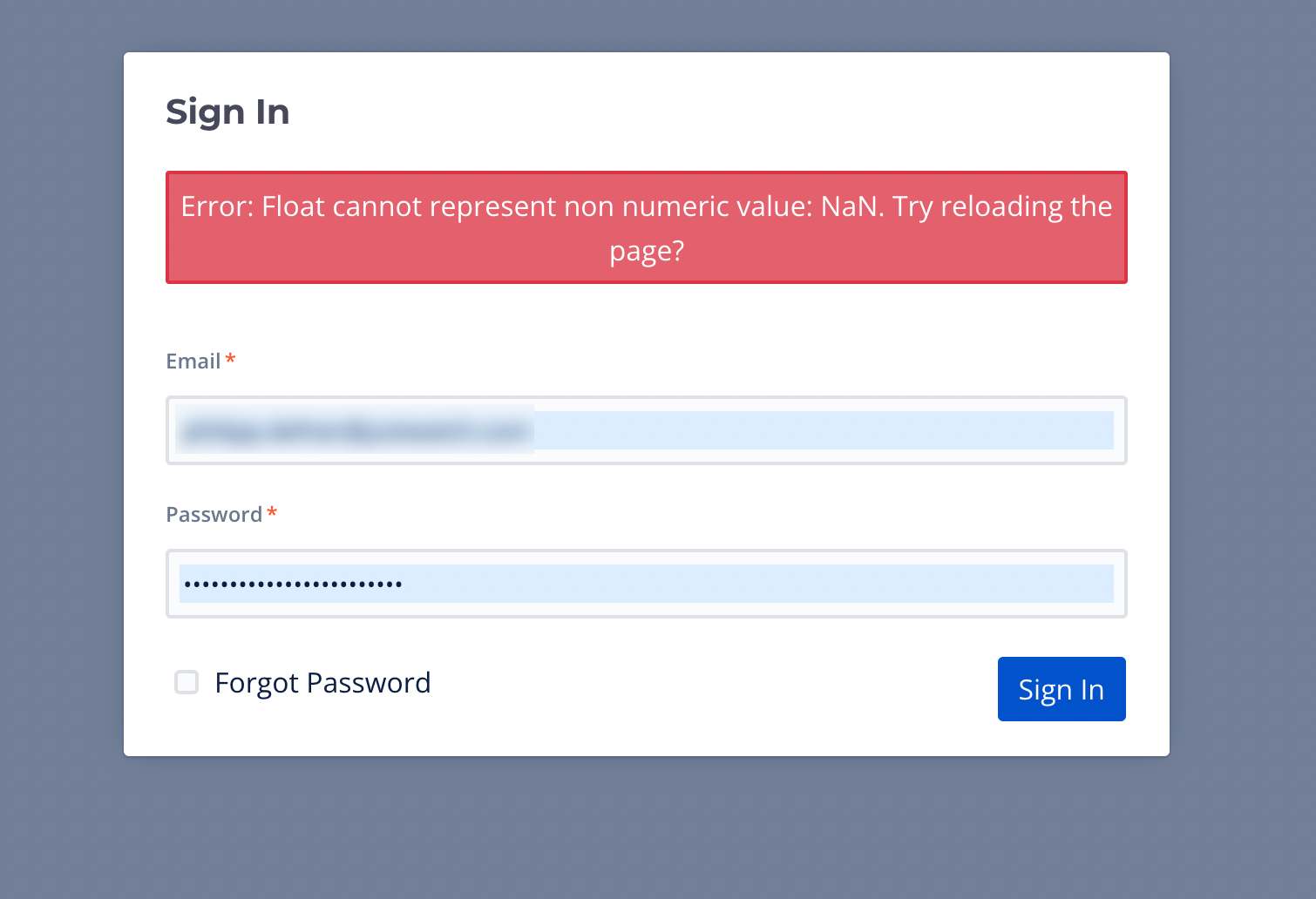 “Native look, but behavior like that GIF about CSS.” 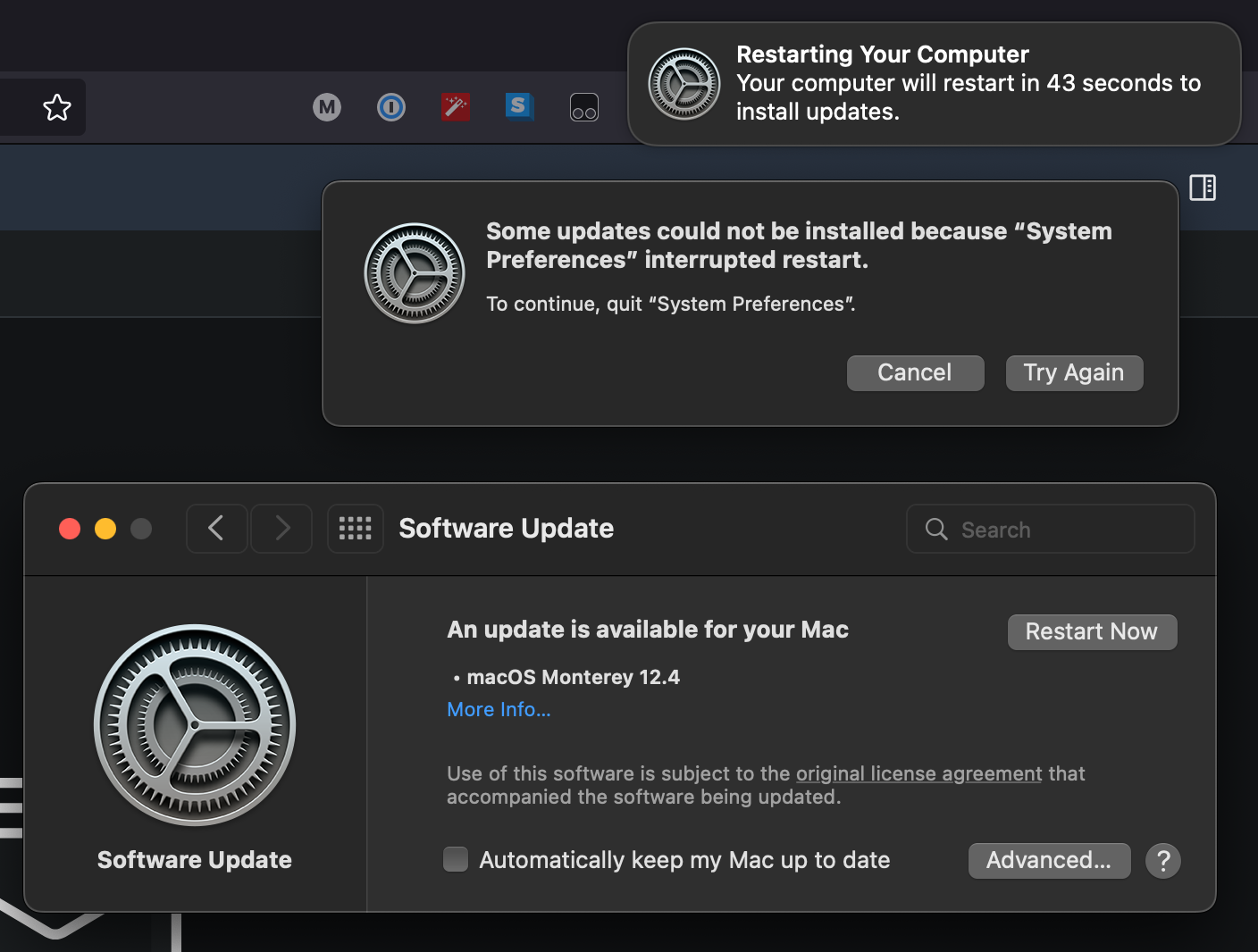 So I clicked “Restart Now” in the System Preferences pane once more – and it finally restarted. As macOS has adopted “Windows File Copy Dialog” estimation for upgrade progress a while ago, I then stepped away for an hour to let it get on with it.

When I returned, it greeted me with a “Your computer was restarted because of a problem” error dialog – and guess what, the update was not installed. Sigh.

Just as a prelude: I am not a Apple Music user, and I have not been one for several years now. I did a six month trial around early 2017 where I went full in on it to really give it a chance. In the end I decided that it sucks for my needs and never looked back. Except when Apple’s obnoxious ads force me to literally look at it, of course. But you can bet your ass that I’m using any available recourse to banish the very existence of Apple Music from all my devices as much as is humanly possible.

Earlier today I was deep into a Zoom meeting in the office of my apartment when suddenly fairly loud music started playing from somewhere in the house. This is very unusual for my neighbors, so I was a bit irritated, but didn’t think much of it. Quite alright if they do it once in a while.

After a few minutes I decided to briefly excuse myself from the meeting to see where it came from and possibly close a window or door to dampen the noise. While walking over to the living room I started to think if it could possibly be my HomePod? And it actually was. Concerned and annoyed I quickly tapped it to stop/pause playback and went back to finish my meeting in peace.

I also checked my phone real quick to see what actually had been playing as I didn’t recognize the music at all. I saw what the above screenshot is showing, and was actually a little shocked. What on earth could I possibly have said during the Zoom call that Siri somehow picked up and then triggered this Apple Music / radio / whatever this definitely-not-from-my-library content is playback?

After finishing up the call and telling Philipp about it, he showed me Nick Heer’s tweet, featuring a screenshot where Apple was announcing some new Apple Music goodie – the exact thing that my HomePod started playing out of the blue.

As I wrote on my response to the tweet:

So I guess my question for you, Apple, is this: What the heck?

Apparently it is not possible to review a history of the voice commands that a iPhone or a HomePod have processed, which is absolutely ridiculous. I tried going through the HomePod’s analytics data, but nothing in there looked useful. Let me know if I missed a way to verify if it really did start completely on its own, or if it “just” misunderstood something I said. I deem this unlikely, as it has never happened before and the office is fairly far from the living room. It happens a lot when I watch TV in the same room. I’ve requested a fresh GDPR report, maybe there’s something in there.