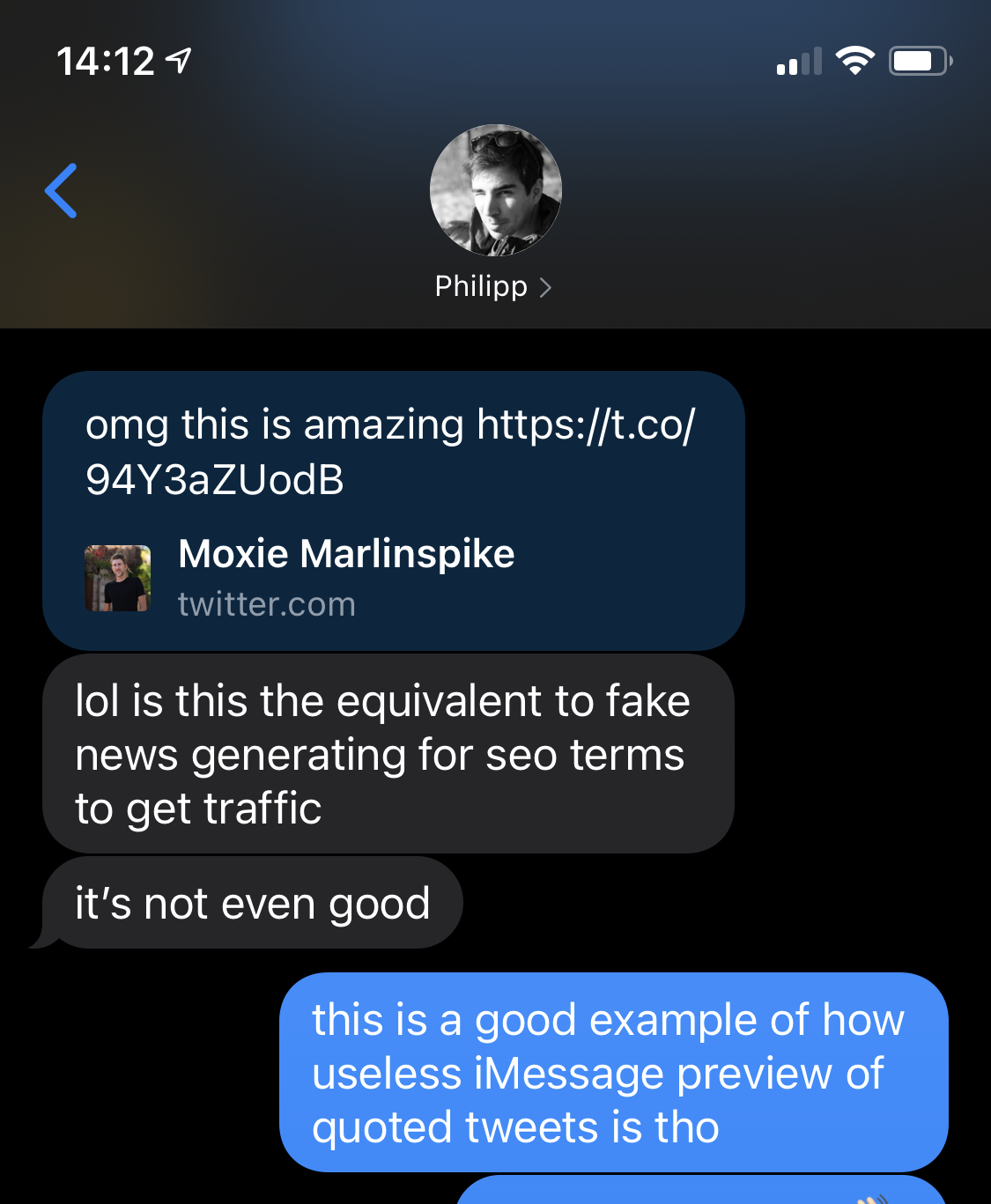 Wouldn’t it be great if iMessage could also show me what is amazing, instead of only the tweet that says there is something amazing? Quote Tweets have been a thing since early 2015. iMessage has had Link Previews since iOS 10, i.e. late 2016. Over four years, and it still can’t preview Quote Tweets properly, forcing you to leave the conversation and switch to the Twitter app or – worse – the browser if you want to know what you’ve been sent.

Makes me wonder if it’s deliberate and part of some shitty content licensing agreement between Apple and Twitter.