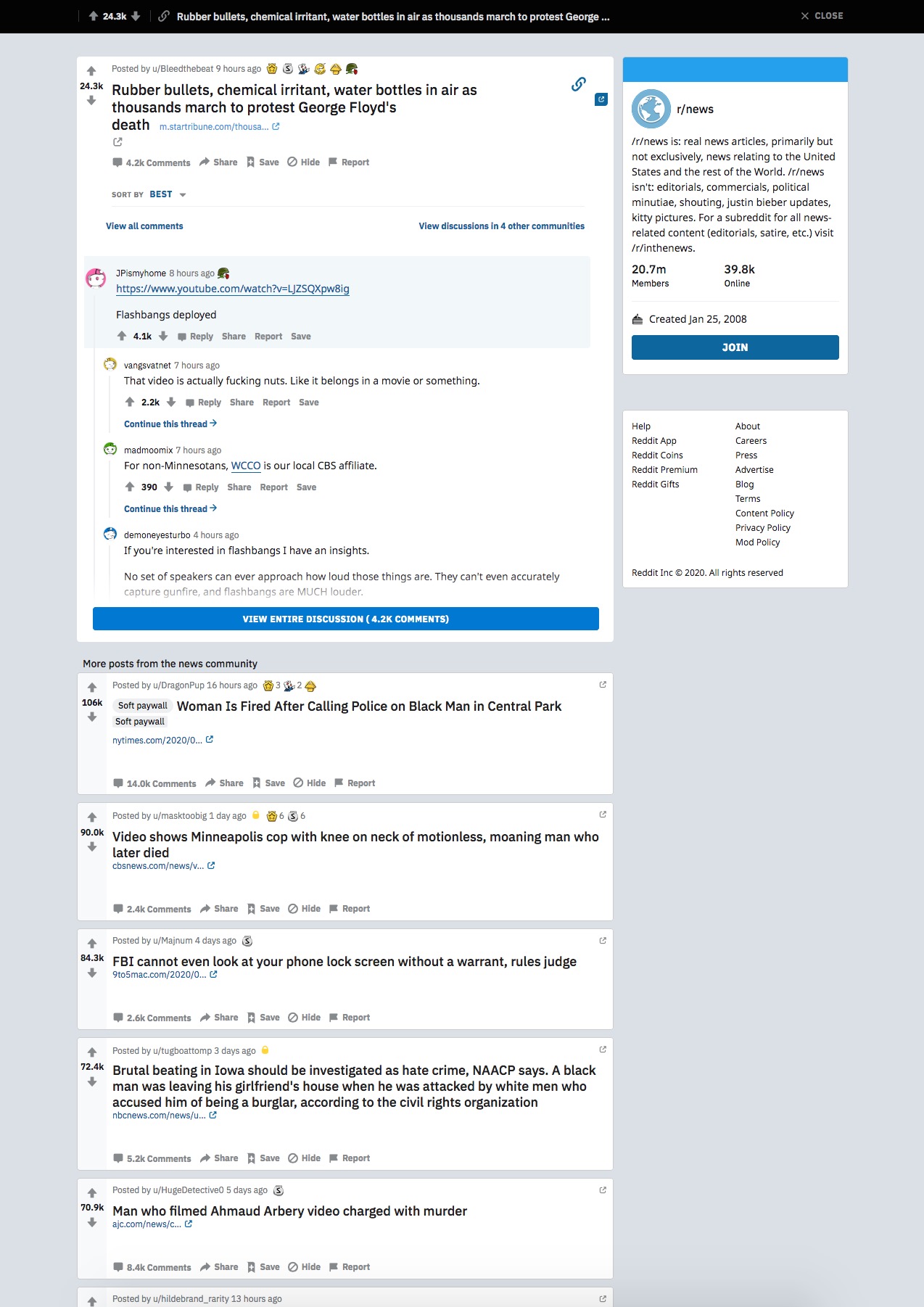 Reddit has always had UX that could only be described as intentionally inaccessible. I actually ignored the site for years just because I disliked it so much.1 But sharing a link to a specific Reddit comment with the “new” layout really is something else. Earlier today I sent a direct link to the comment with the YouTube link, pictured in light blue above. This screenshot is what the recipient sees after opening my link. There are more than 4.2k comments in the thread to which I sent a deep link. But you can only see three and a half of them, because more than half of the screen is just other things put there to dRivE uP eNgAgEMeNt. We both work in tech, we both spend 90% of our time on the interwebs, and the recipient still reacted with “Wow, and the video in the comments is really crazy as well”. Because they didn’t see that I already specifically linked to that comment. And I can’t blame them at all.

Most of the time I just say (comment link!) right after sending a comment link, just to make sure. It’s always awkward and embarrassing to share such a link. Did they really get it? Or did they just read the post itself, not the specific super funny/important comment I linked to? Do I ask and make them feel bad/dumb? Do they now think I’m weird because they think I sent them the post instead of a comment, and the post doesn’t make sense for me to send? To some people I just would never even send any link to Reddit, because I’m so sure they would not be able to parse it. It’s almost as if they don’t even want me to share links. I’ll probably just use the new Apollo feature and send beautifully rendered “screenshots” of comments in the future. It is an insanely nice feature, and I hate that it is needed.

Bonus points for iMessage link previews, which have absolutely no visual difference whatsoever between a link to a comment in a thread and a link to the thread itself.