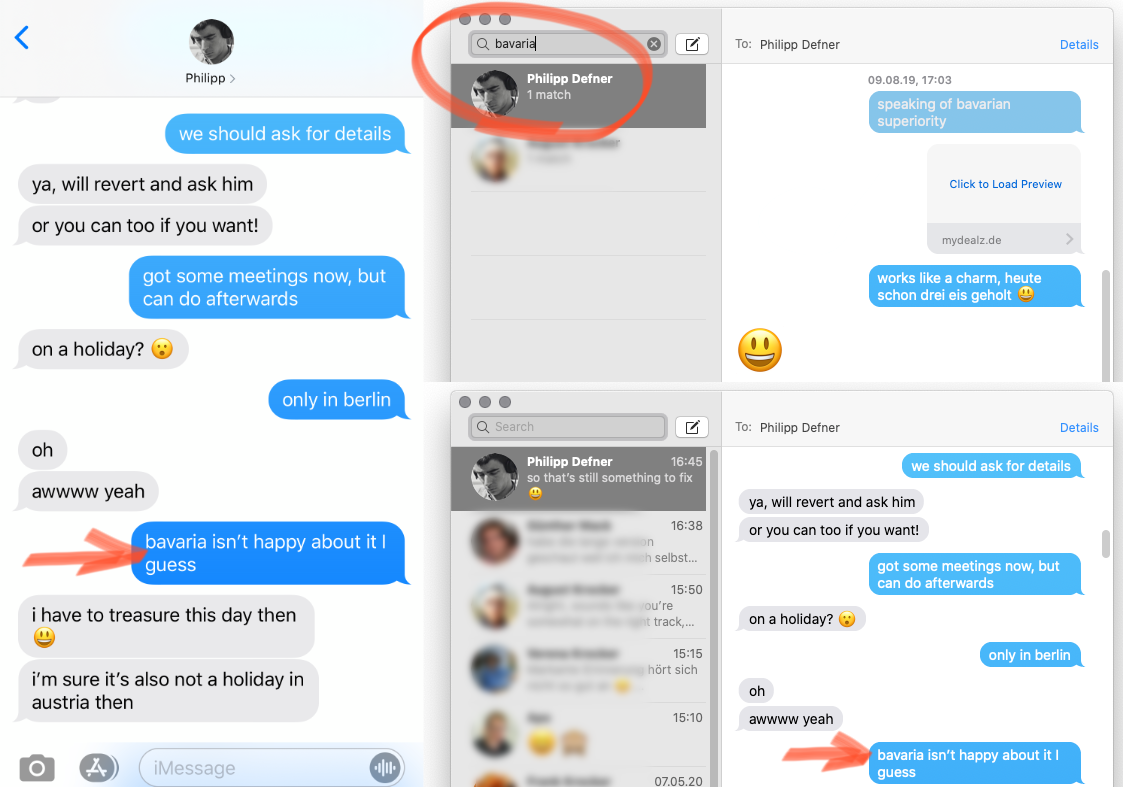 A few days ago we joked about Bavaria in iMessage, as seen in the screenshot to the left. Yet when I search for “bavaria” on my MacBook, as seen in the on macOS screenshot in the top right corner, I only get one result from last year. Of course, when I manually scroll back a few days (which itself is an experience so laughably bad that I’m honestly at a loss for words) the message is obviously also available on my Mac – as seen in the lower right corner.

iMessage is eight years old. Never once in its entire existence has search on macOS (it’s such a long time that it wasn’t even called macOS back then!) worked properly. It is so ridiculously bad, there’s actually a third-party app that provides a functioning search. This total embarassment of a sitution is so old that said third-party app has been around long enough that I was still a student and too broke to buy the app back when I first heard of it. Instead, I built a poor man’s version myself – it’s just a simple SQLite database after all, nothing a few shell aliases couldn’t query quickly and efficiently. But apparently it’s still a problem too hard to solve for the almighty Apple.

Don’t even get me started on how utterly horrible the UX (it should not be called that, it’s just… pain) is for actually navigating between multiple search results on macOS. When I need to find something in my iMessages I just grab my iPhone. And let’s not forget that this option has only become viable since iOS13, before which it was just as bad on there as well.