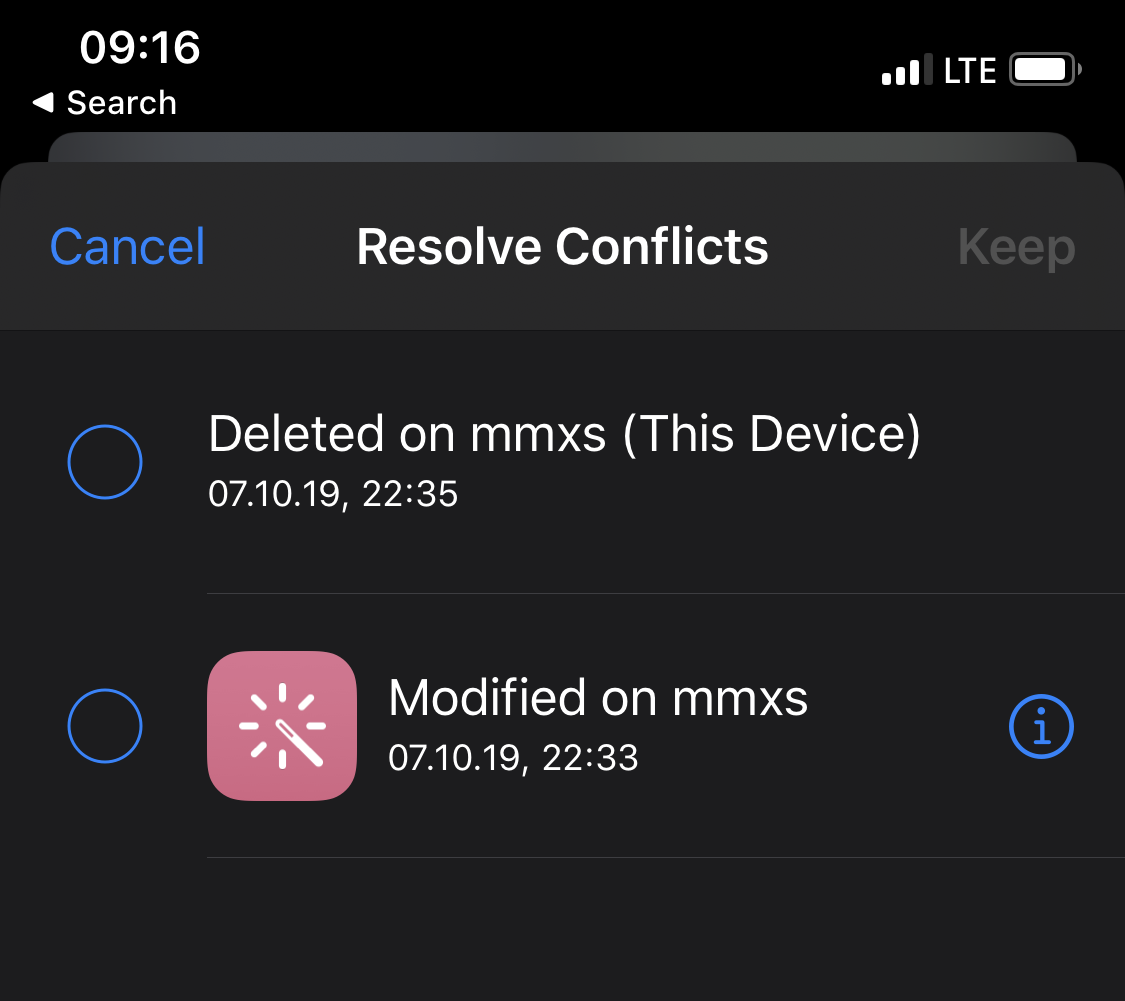 Today I was wondering why there was an unnamed new shortcut in my Shortcuts app. I had played around with an idea for a shortcut a few days ago, but I always delete such experiments afterwards. Maybe I forgot this time? Well, upon trying to open it, I was greeted by this overlay. I didn’t even know this UI existed until today. A version conflict in iCloud sync data. Is this something generic and handled by iOS for any app using that API? Or specific to Shortcuts?

Anyways… what is the actual conflict here? I edited it… and two minutes later I deleted it. On the same device. But apparently only one of them is this device. Or does it just not show that helpful hint for the other entry due to space constraints?

Oh, and remember that classic zinger about Windows? “To shut down, you have to click Start first” – haha, gotem! Well, to actually delete this shortcut, I have to tap on “Keep”.