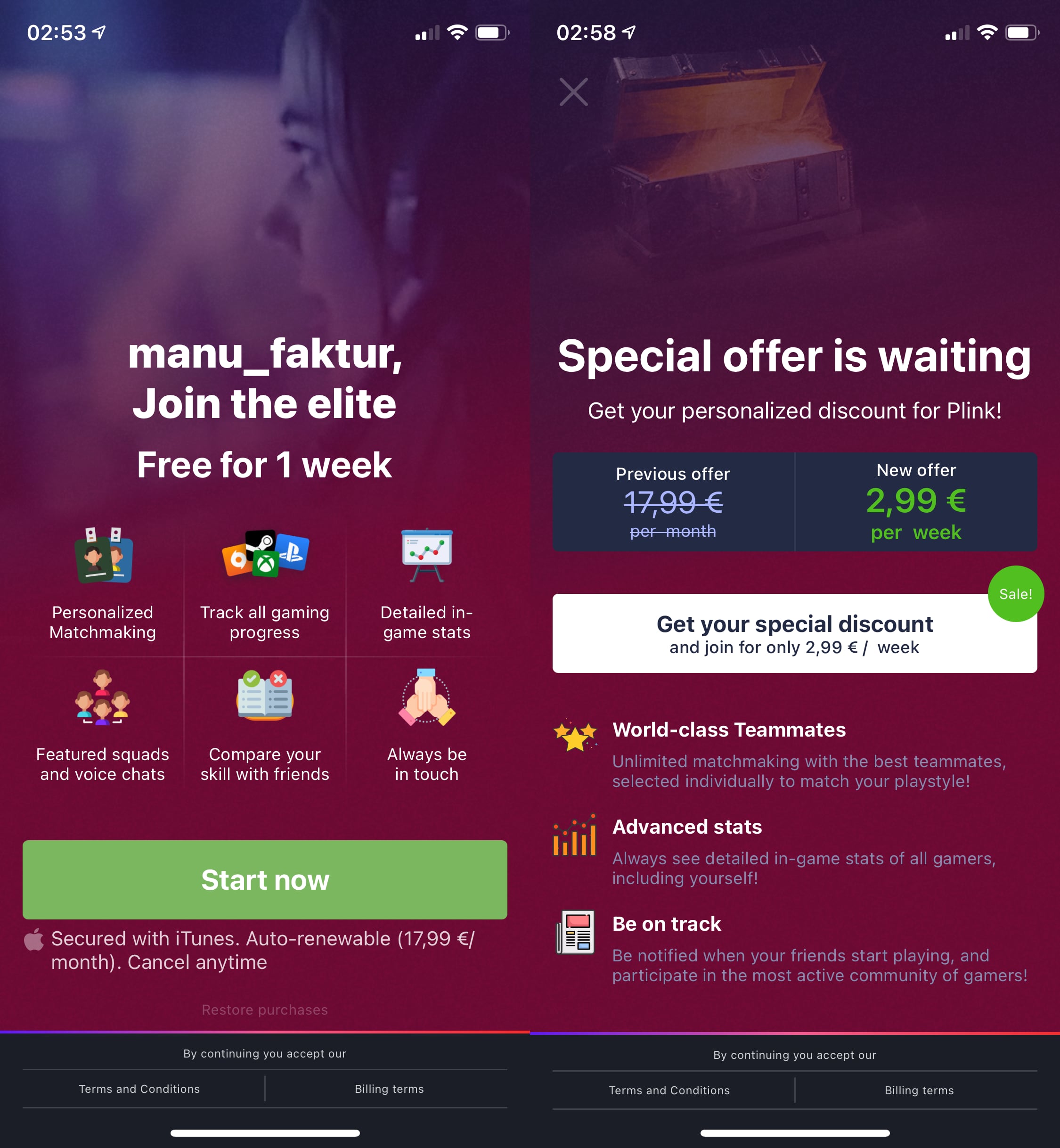 Recently I wanted to try this new app that promises to match1 you up with people who play the same games as you, on the same system(s) as you, and ideally on a similar skill level as you.

The screenshot on the left is the final step in their onboarding, forcing you to start a (free) trial that would auto-renew at €17.99/month (!) after a week. There is absolutely no way to skip this step. It comes after you already invested a significant amount of time creating your profile, which includes connecting your various platforms via OAuth and other painfully annoying steps.

As I don’t want to support these kinds of predatory scams, I decided to not use the app. But the way their onboarding works of course also means that they now already have my data, and access to any kind of delete/revoke features are hidden behind this subscription-wall.

So I accepted the free trial, instantly canceled it (which really is commendably easy on the App Store) and went back to the app to delete my account. I was then greeted by the right screenshot.

Maybe this kind of onboarding that forces a trial on you is okay by the App Store guidelines. I don’t know. Sure, the trial is free, and it is fairly simple to cancel. I don’t care. The app mainly targets kids, and this disgusting behavior should not be allowed on the App Store. I’d love to hear them explain how this is better for the customer than the unimaginable horrors of someone who isn’t a Hey customer accidentally downloading the Hey app. It could not possibly have anything to do with the fact that one of the two things is bringing in more services revenue, could it?

Or maybe it’s actually against the guidelines anyway, but the amazing App Store review process didn’t catch it. I don’t even know which possibility I’d find more depressing.