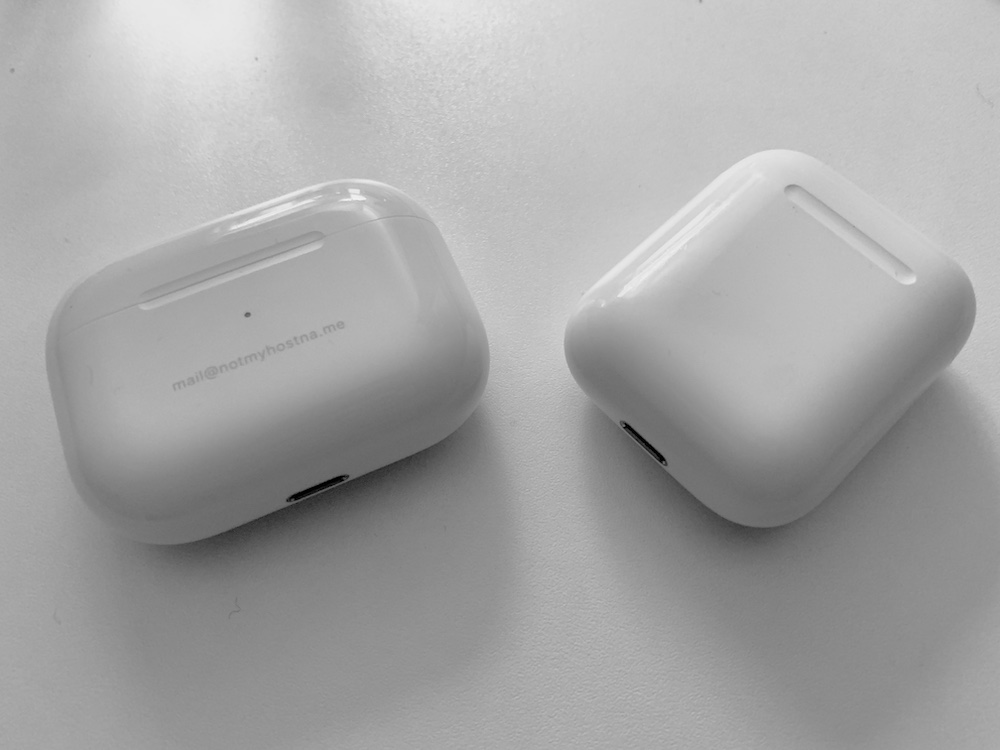 The first generation of the AirPods was generally regarded as a perfect product. “Apple at its best!” was the universally accepted opinion.

I used them for a long time. No speaker issues, no battery issues.

Excited for the noise cancelling feature I ordered the AirPods Pro and for the first few months everything was fine. One day the left AirPod started buzzing every time I was moving my head. Slightly tilting my head would result in a buzzing noise with changing intensity depending on how my head moved.

Support agreed that this is a problem and sent a new AirPod.

A few weeks later the right AirPod started to produce weird rattling noises. It sounded like some tiny part fell off and was now bouncing around in the AirPod. It also started to behave weird as soon as there was a bit of wind.

Support agreed that this is a problem and sent a new AirPod.

Days later it was the left AirPod’s turn and it’s now rattling again.

There’s something very wrong with this product line and just getting a new one every few months is — financially and ecologically — not sustainable as they end up in a landfill. I’m also far from being the only one having this issue.

Update: 22. January 2021, my left AirPod just started rattling again a few months ago and after a quick chat with Apple Support the new replacement is on its way.

Update: 23. March 2022. Both AirPods started rattling again. Talked to the Apple Support and they are going to take a look and replace if necessary.