Google Meets not working in macOS 11.1 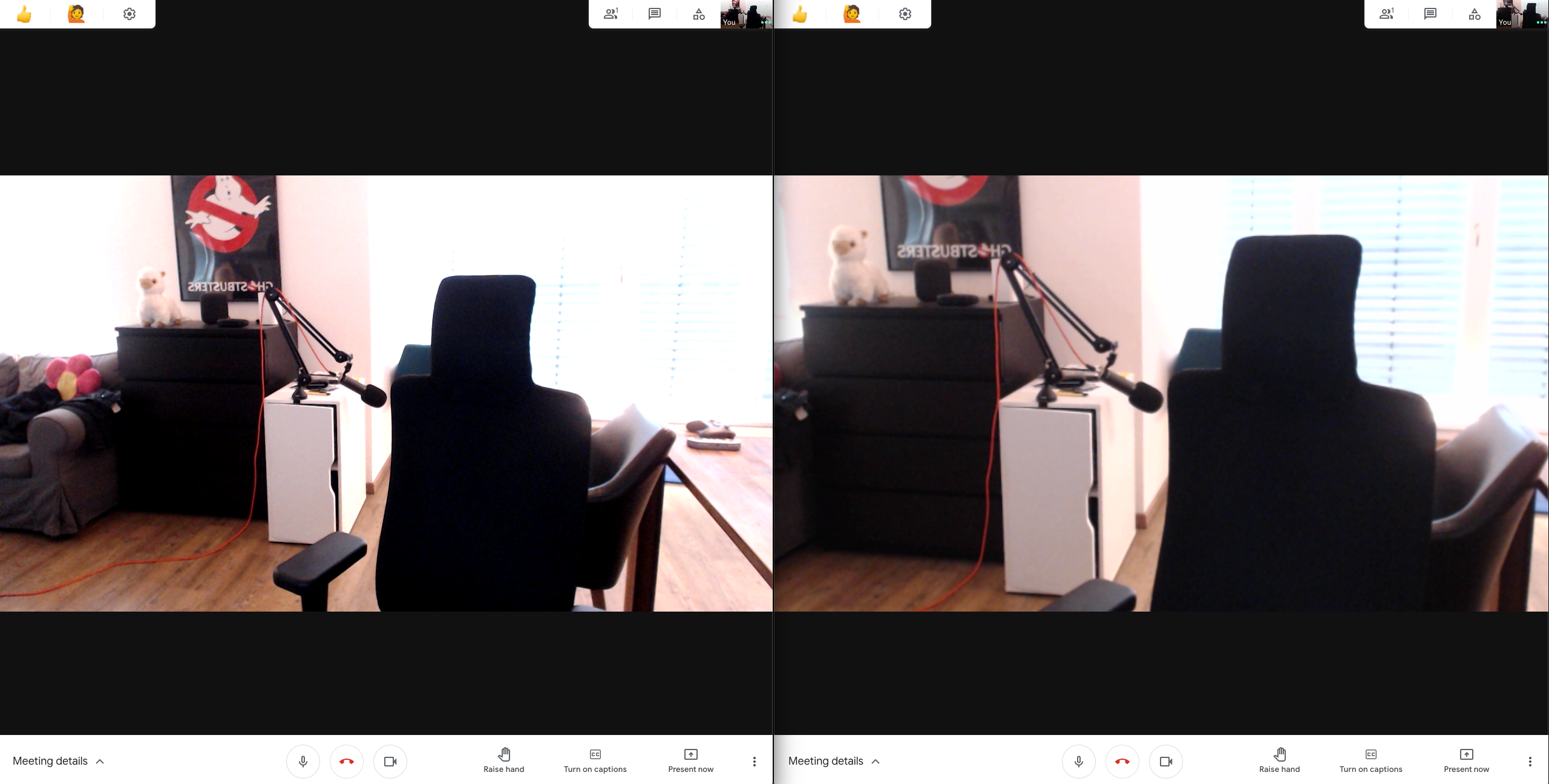 This is one of those issues, the picture above will make sense towards the end. After upgrading to macOS 11.1 (not 11.0.1!), I was unable to participate in Google Meets calls:

This was happening in all my browsers (Safari, Firefox, Chrome) and regardless of if I was using my corporate account or my personal account. Some research revealed that I was not alone in having that problem. Some more research revealed… well… I don’t quite know how to put it. Insanity? Madness?

Seriously, go read through that Google support thread. It’s a perfect summary of the technology hellscape we’re living in:

Personally, I got it to work by enabling WiFi and unplugging my ethernet cable from the USB-C network adapter. This was in the last few days before the holidays, not too many meetings afterwards, so I mostly forgot about it.

In the first week of the year, I noticed something peculiar during meetings, though. I looked like shit, and not just because I slept too little. Now take another look back at the image on top. The left version is how my camera feed used to look during meetings. And the right version is how it looked now. It’s zoomed in. And believe me, when I actually sit in that chair it looks much worse. You can open the image and zoom in, you’ll see it’s also quite washed-out on the right. It took me a while before I connected this to the problem from above. First I thought maybe 11.1 updated my webcam drivers and now uses some shitty face detection zoom-in, or Google Meets got that feature.

But no – for some reason, Google decides to choose 360p when I’m on WiFi and set quality to “Auto”. Even though my connection is more than capable of handling 720p over WiFi, as proven by dozens of meetings I’ve successfully handled with forcing the quality to 720p.

And apparently this setting not only influences how Google sends your webcam video signal, but also what video signal it requests from the webcam in the first place. In my case, a shitty zoomed-in low-resolution signal. 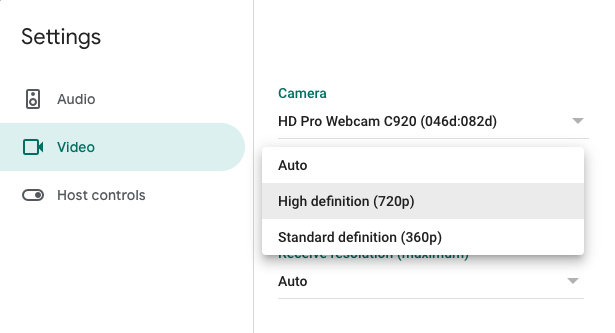