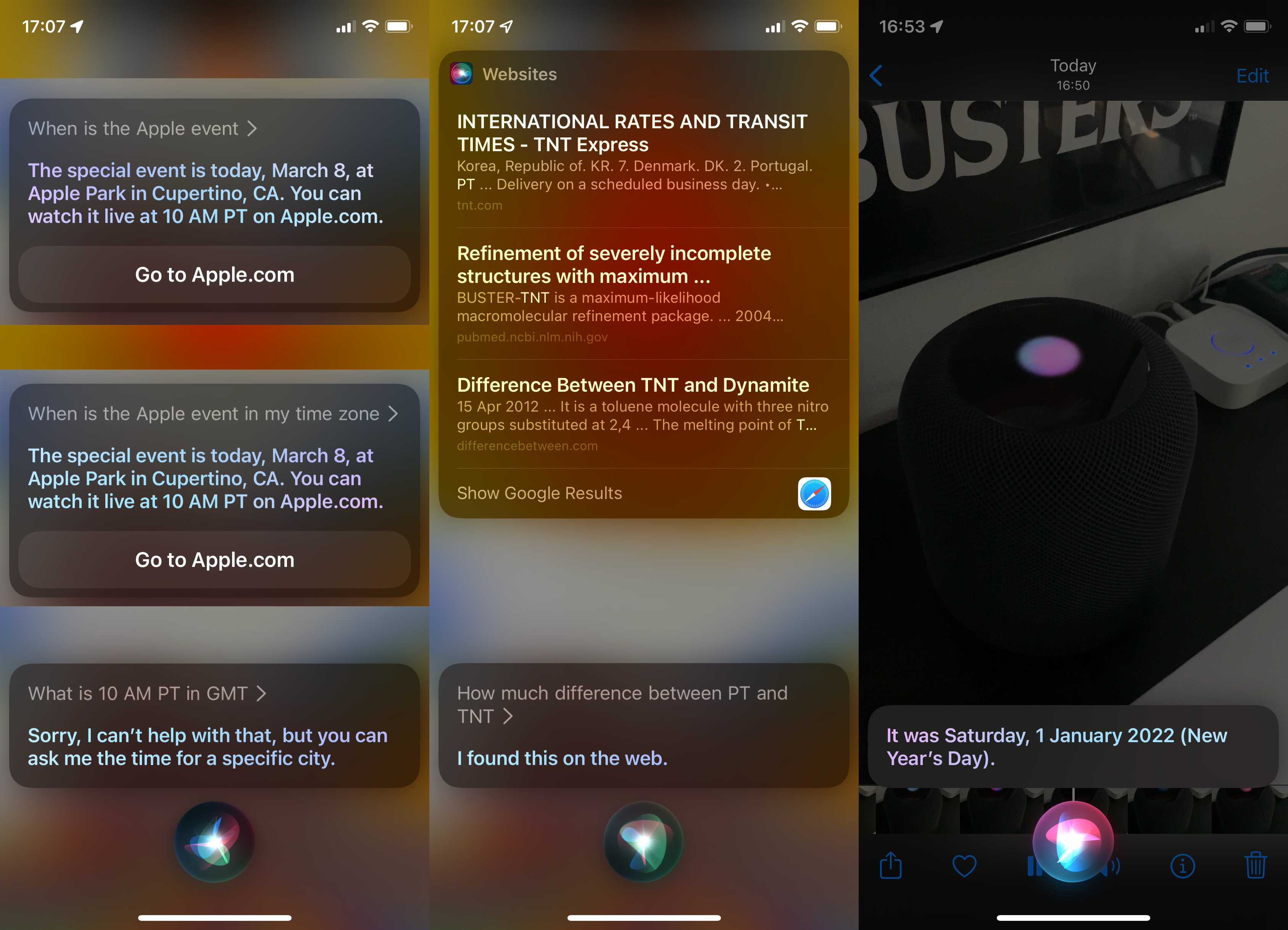 Literally the only helpful piece of information for me here would be the exact starting time in my current local timezone, because depending on when exactly DST starts in each country it might be an hour sooner or later.

While I do have all my devices set to English, I of course also have correctly specified where I live, so this should be about the easiest thing in the world to provide.

Instead, Siri demonstrates that not only is it unable to give that information, apparently it doesn’t even know what timezones are at all. Also it seems like I’m pronouncing “GMT” as badly as “30 minutes”.

I also recorded the attempt of getting any useful information out of my HomePod, and playing back that recording on my iPhone managed to trigger Siri on that same device. I feel like I’m taking crazy pills, because things like that were already working quite well years ago. What the heck did they do to make Siri so much worse?