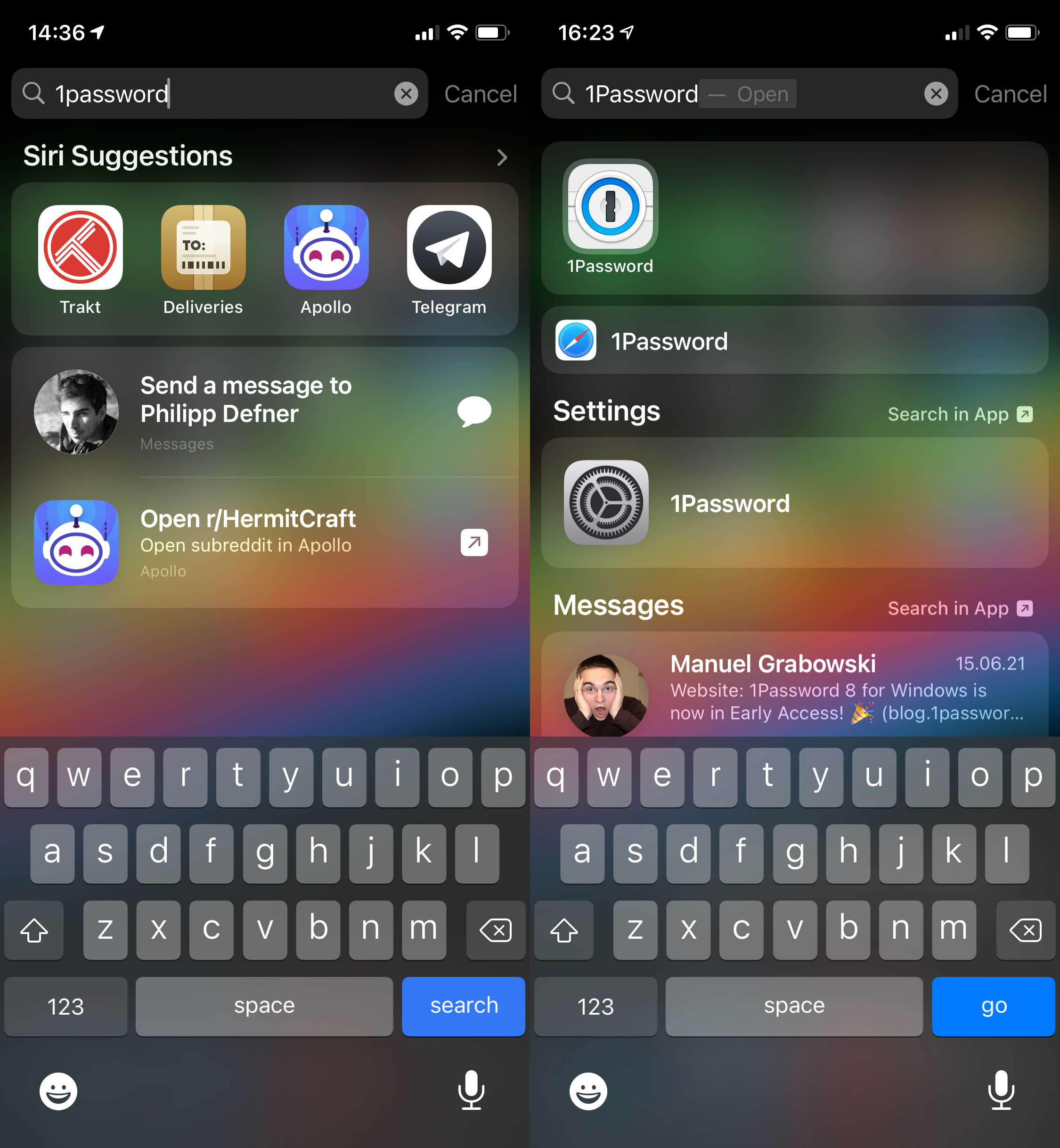 So recently I’ve been forced to reboot my iPhone more often than usual. One thing I noticed is that Spotlight (is it called Spotlight over there?) is basically useless for a solid two or three minutes after each reboot. The above screenshot (left: shortly after reboot, right: normal) isn’t some crazy trick where I tried to capture a split second that doesn’t make sense, that’s after several retries of the same search term over the course of several minutes after a reboot.

That’s why instantly opening 1Password via Spotlight after a reboot is something I have a lot of experience with. I’m not quite sure when it started being so unreliable after a reboot, but it seems to rebuild the search index every time. No progress indication, no information that searching currently is completely useless, nothing.