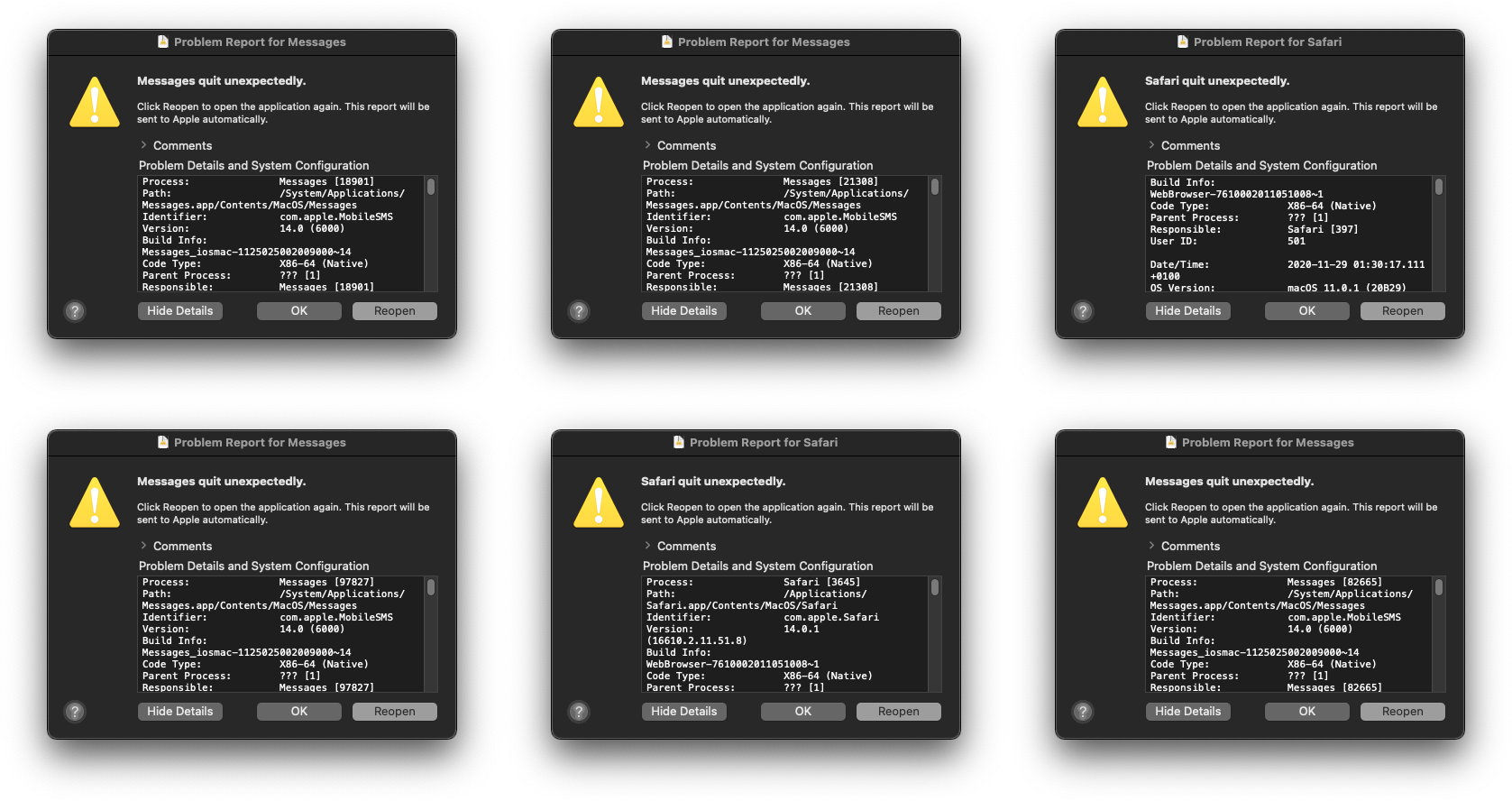 This seems to be something rather specific to my setup, because I have seen no mention of this anywhere else, but ever since upgrading to Big Sur1, both Safari and Messages crash a lot. The above is just a fraction from the past few days, going by the crash logs in Console.app it’s been one to two crashes per app and day. It happens at completely random times – sometimes one or both will have crashed during sleep and I’m greeted by the dialog when opening up the laptop again. Sometimes it happens during idle when one of the apps is just open in the background. Most often it happens exactly when I’m switching back to either app, and as far as I can tell, only when I’m using the Dock icon, never with Cmd+Tab.

I’m mentioning this detail because another annoying detail is hiding there. For the first few times I almost didn’t notice these “crashes upon clicking the Dock icon to switch to that app”. Because the crash report takes a pretty long time to even popup, but the app crashes absolutely instantly. During normal usage this makes it seem like my click simply wasn’t going through: I click Messages.app, it crashes within a millisecond of that click. I’m confused as to why Messages.app is not showing after I switched to it by clicking the Dock icon. My mouse cursor is still above the Dock icon, so I click again. Messages.app now restarts, also very quickly, and my end goal is achieved: Messages.app is now the frontmost app. I didn’t even notice that it crashed. I actually only found out how often this was happening when I noticed multiple crash report dialogs being open in the background when using Exposé days later. With Safari it’s more noticable, as all tabs have to reload their content after a crash.