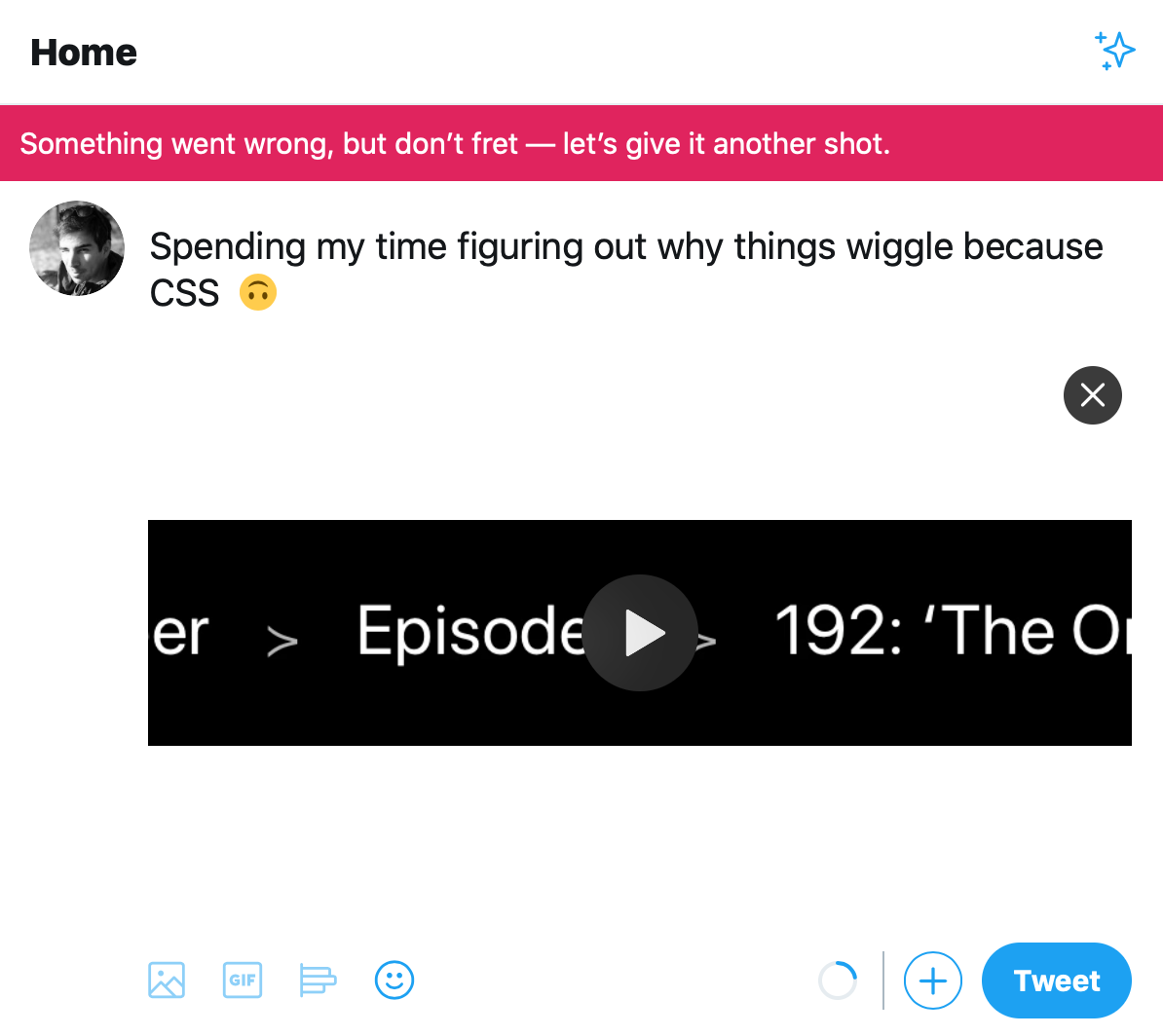 I was about to complain about something else on Twitter but unfortunately that will have to wait as almost every time I’m trying to upload a video on Twitter it just fails with a non descriptive error message.

Instead of telling me what’s wrong Twitter just gives me a useless message that tells me to try it again until magically the aspect ratio of my video changes. Maybe I should also reboot my computer while I’m at it?

Looking at the requests posted to api.twitter.com/1.1/statuses/update.json I can see that it got rejected because of the aspect ratio. Maybe that would be a more helpful error message?

I won’t give it another shot.