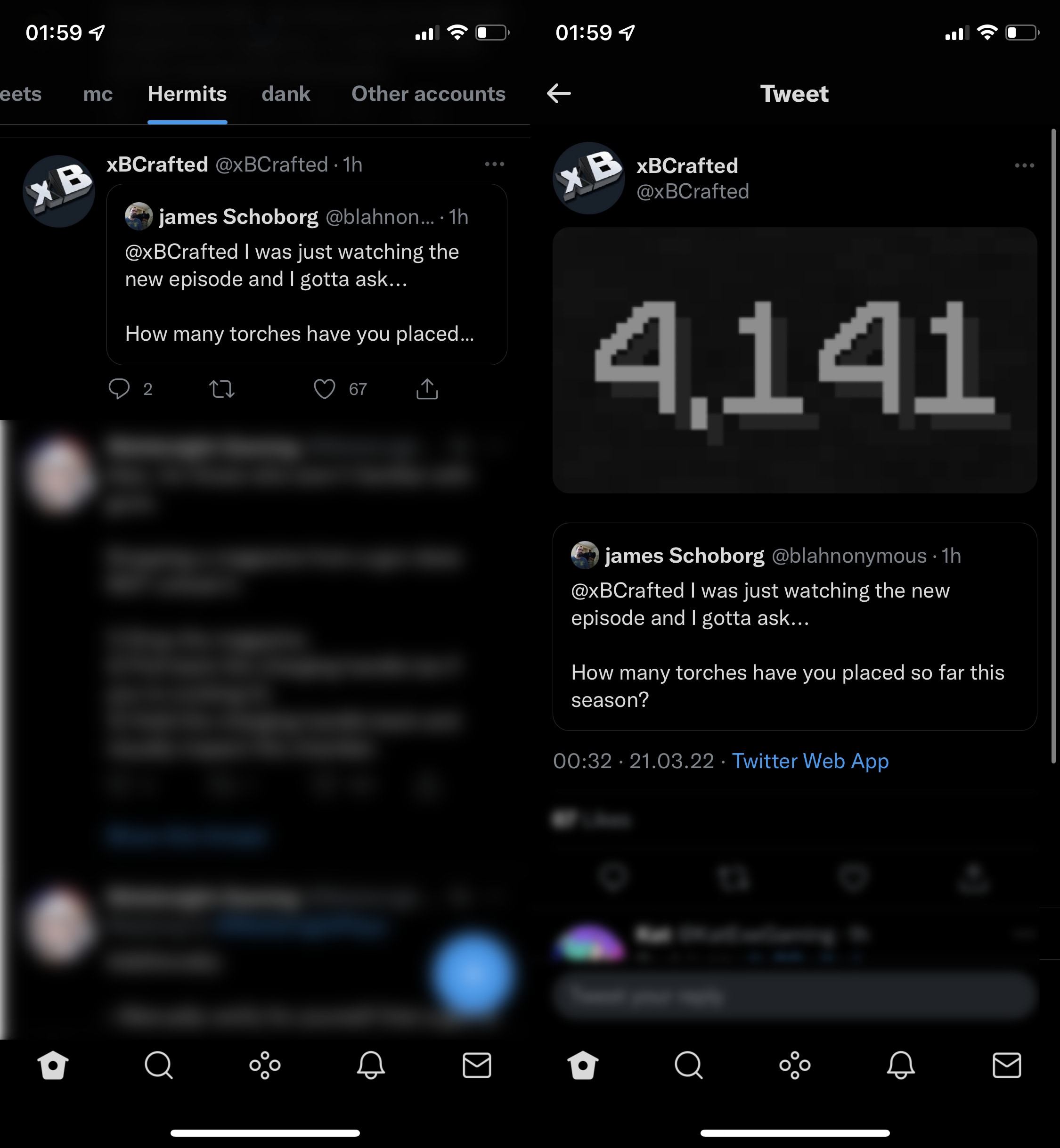 I blurred the irrelevant parts to make it more obvious: Both screenshots show the same tweet. One in the context of a list, one is the tweet details view. It’s a quote tweet, and it answers the question asked in the quoted tweet with an image. But you’d never know that from the list view, because for some reason the image isn’t shown there. Instead it looks like this person just retweeted the question without bothering to respond – how odd.

Twitter has become so bad at things like that, whenever I’m doing anything slightly more complex than posting a text-only tweet, I now immediately check how it looks on different devices and contexts. Just to make sure their weird choices don’t make me look like a fool.